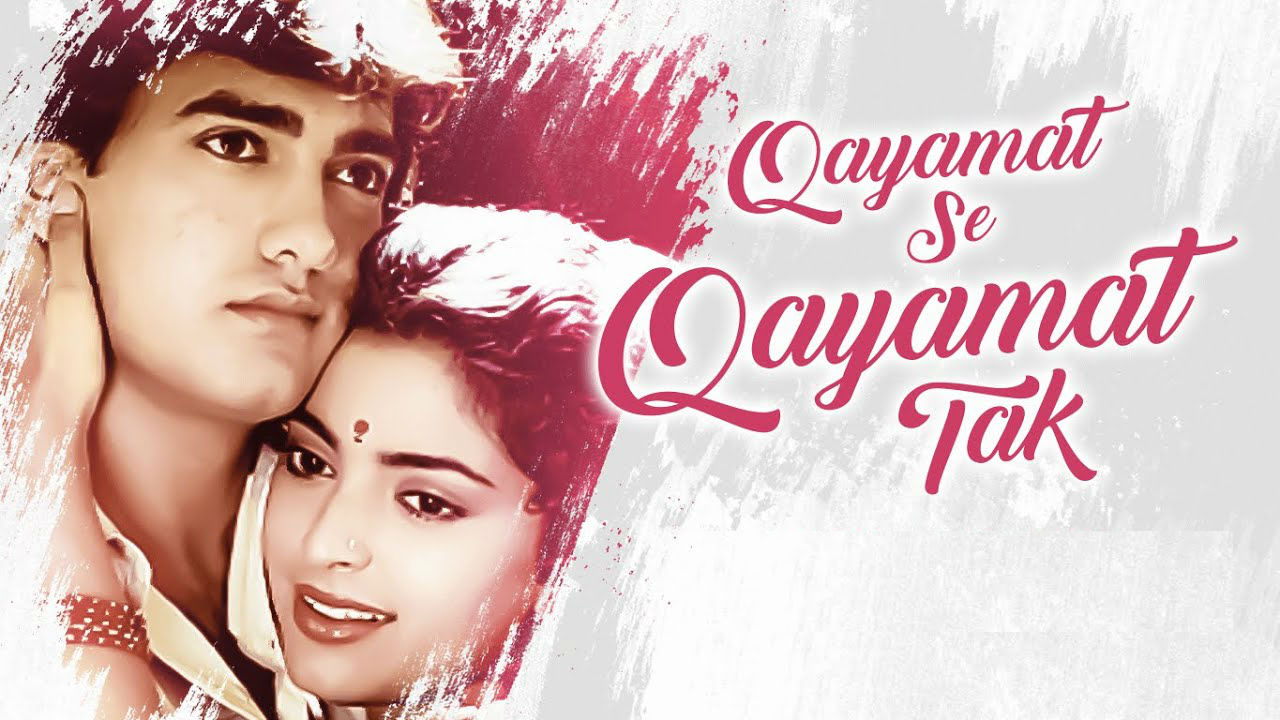 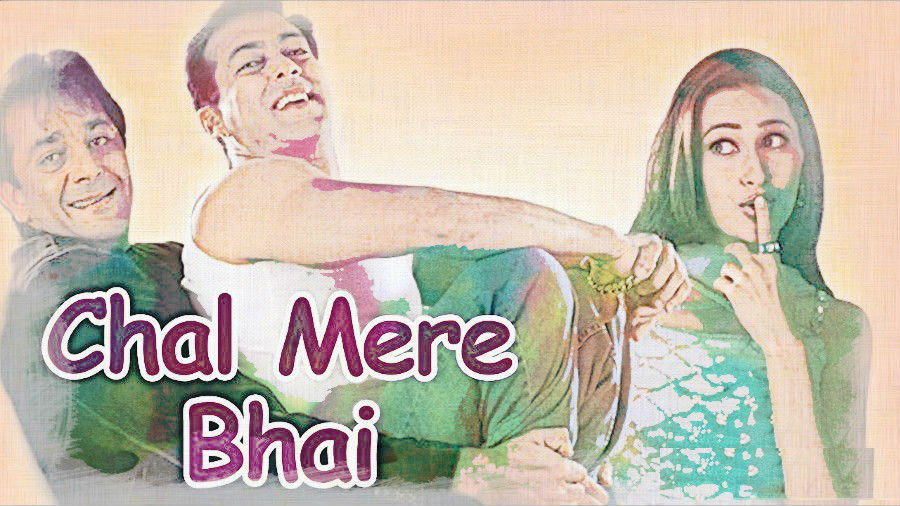 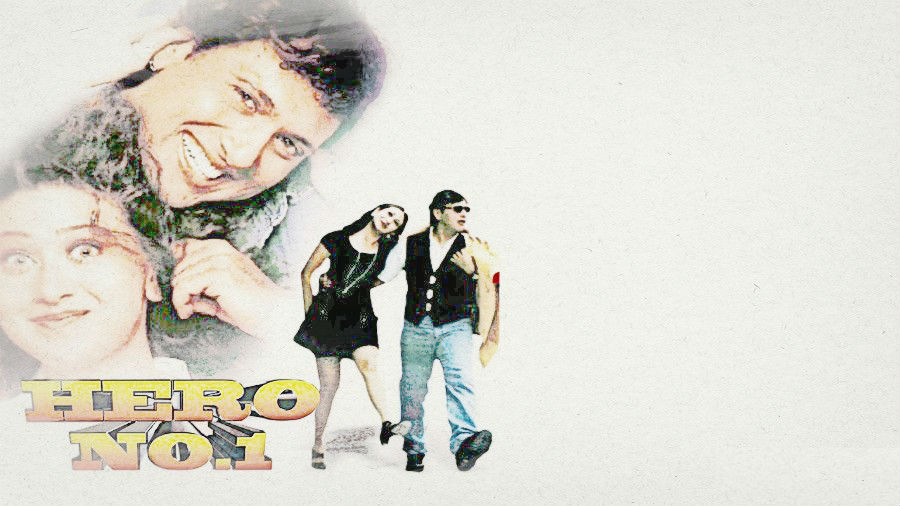 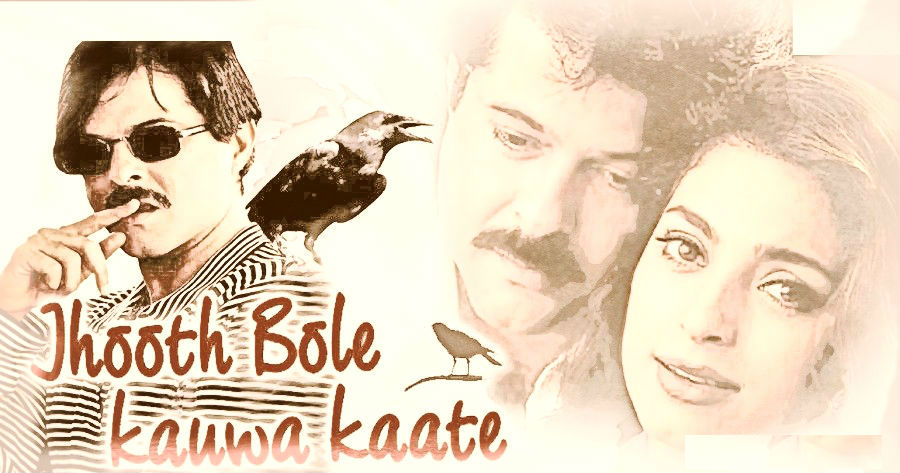 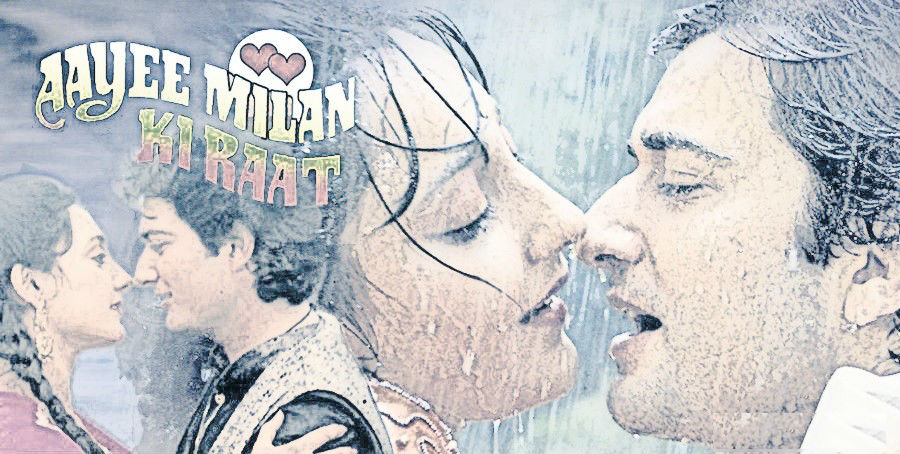 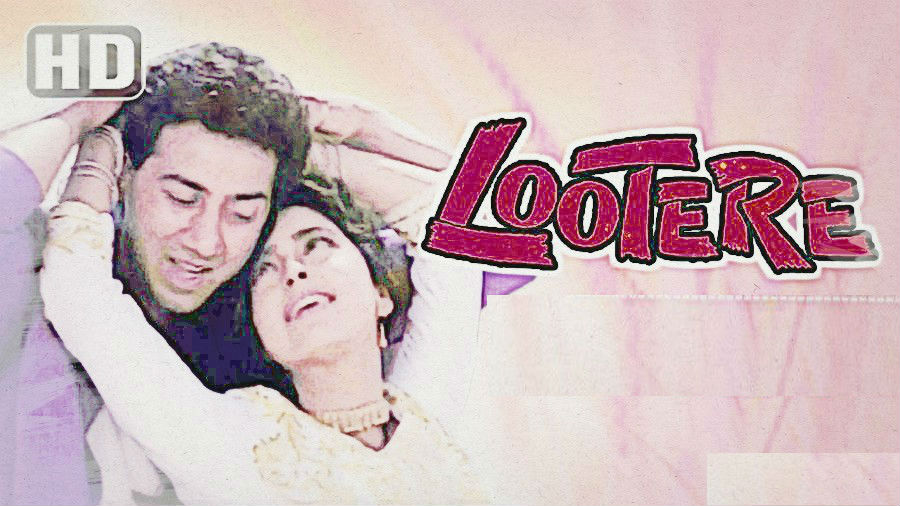 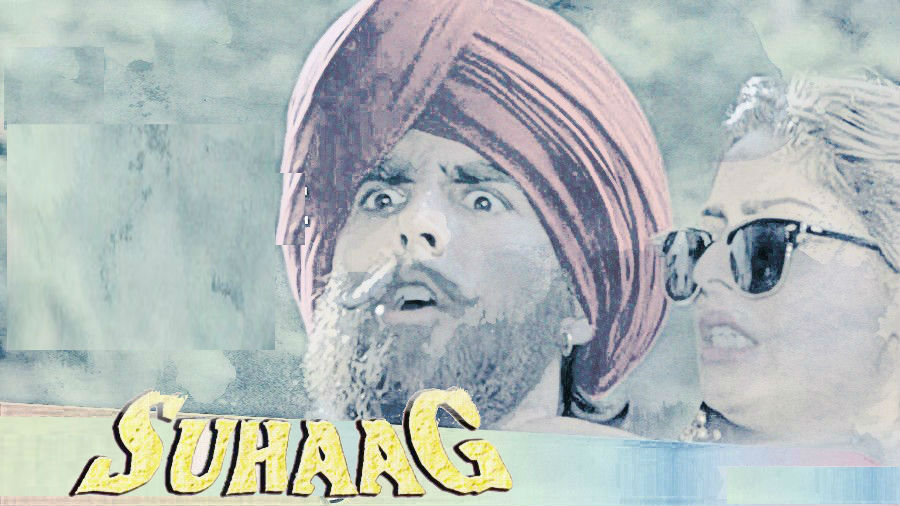 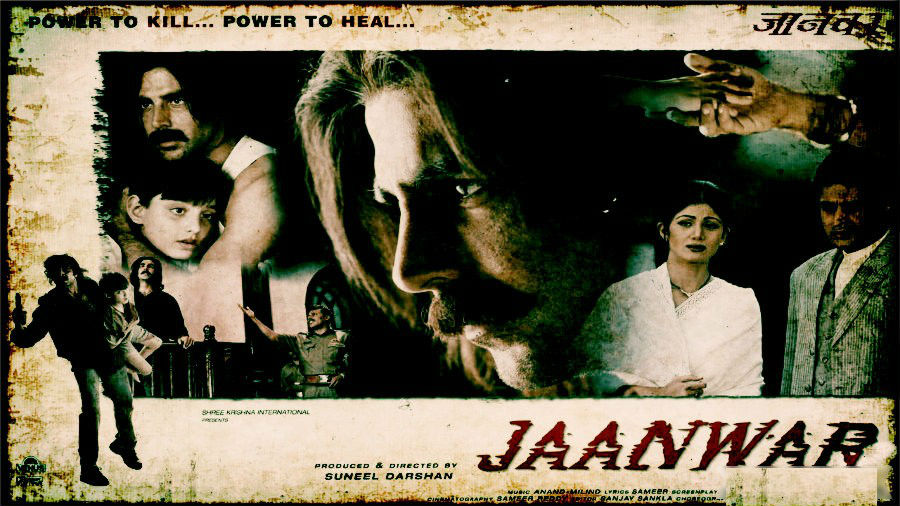 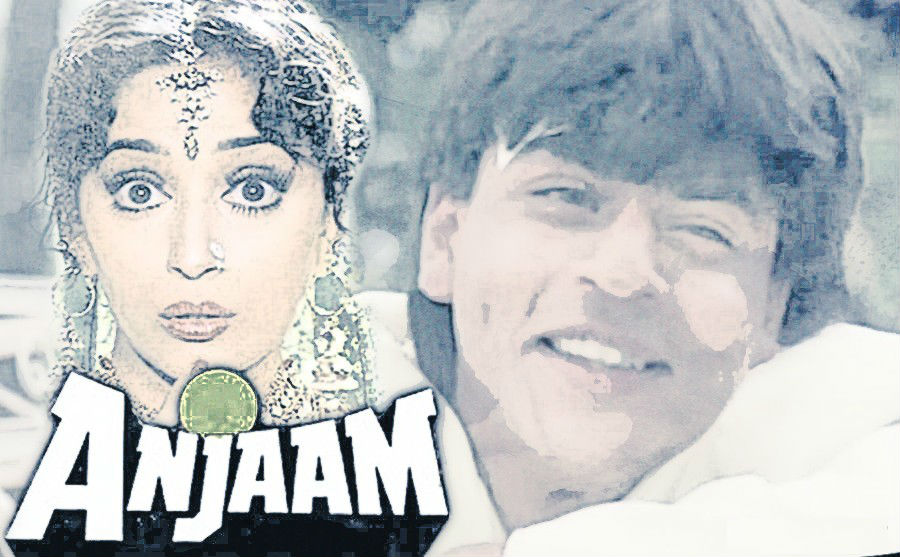 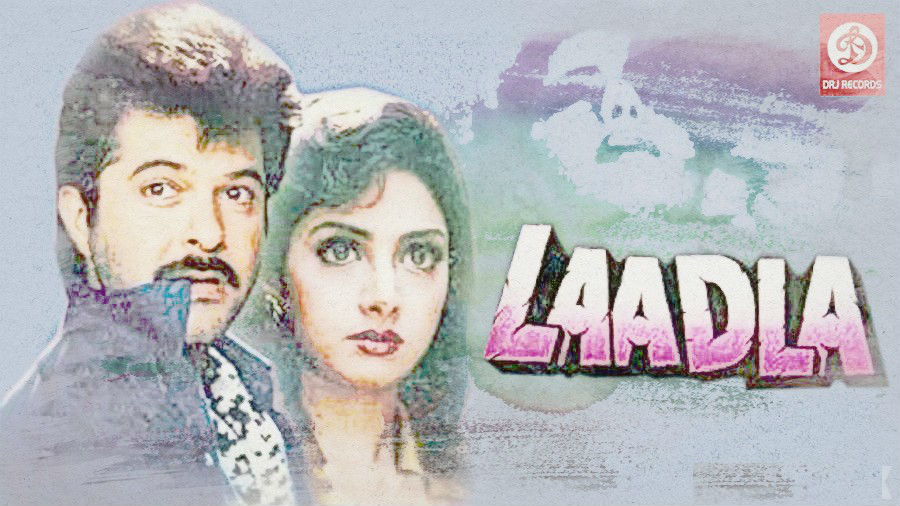 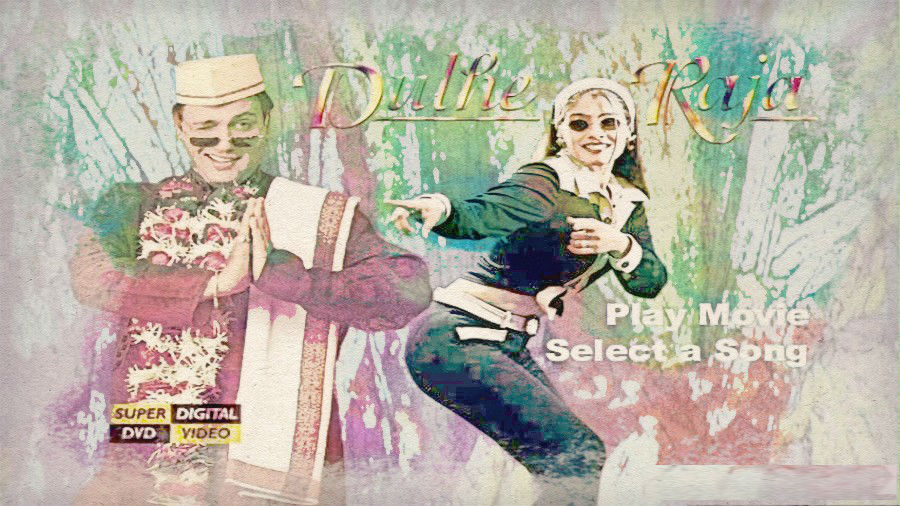 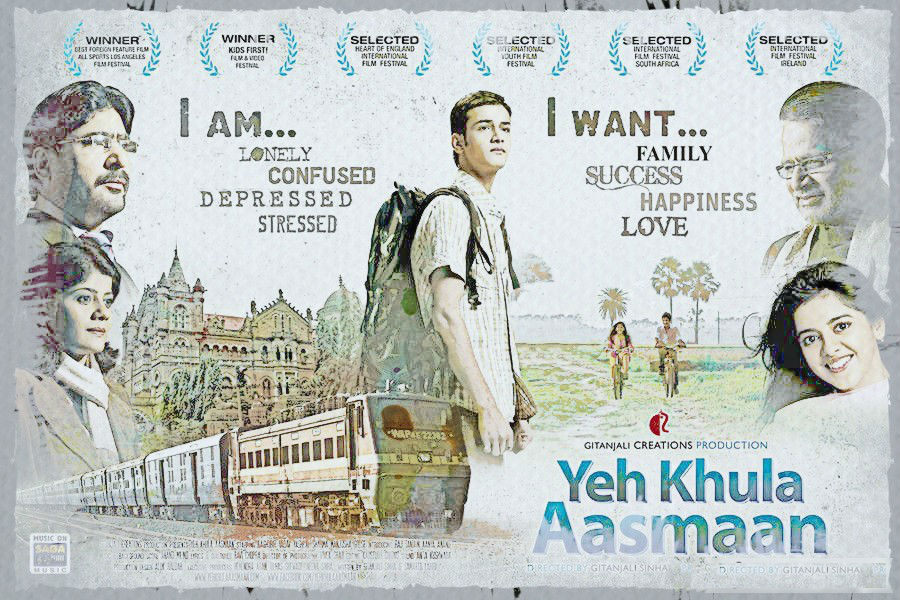 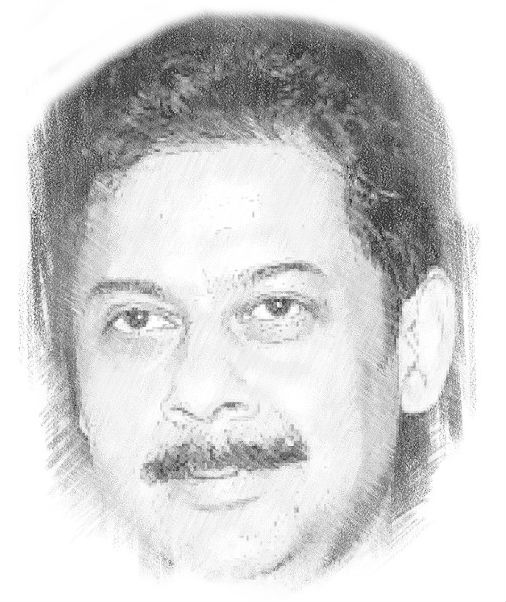 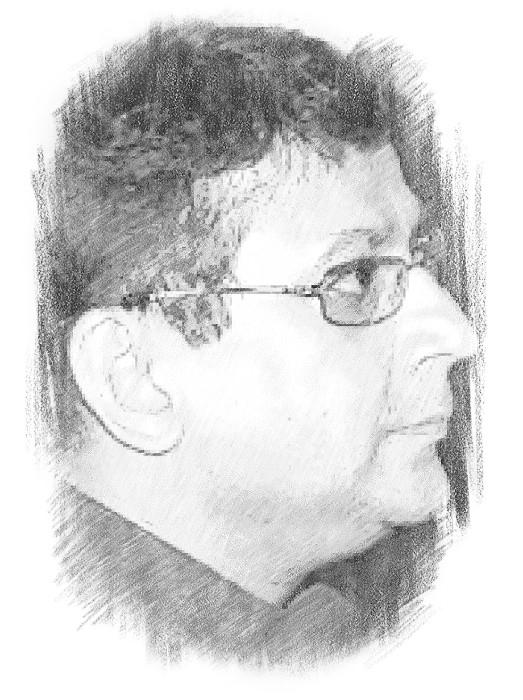 Anand-Milind are prominent music composers in the Indian film industry. They are sons of prolific music director Chitragupta.

They debuted in 1984 with the film Ab Aayega Mazaa but rose to fame with the stupendous success of the music of the 1988 blockbuster, Qayamat Se Qayamat Tak (QSQT). Aptly titled, Papa Kehte Hain Bada Naam Karega (Dad says we will be famous) from QSQT was nothing short of an anthem, fetching relatively new voice Udit Narayan a Filmfare award for the song and the album consolidated Alka Yagnik's position. QSQT also got them their first Filmfare nomination and win.

The same year also saw the success of Woh Phir Aayegi and Laal Duppata Malmal ka, catpulting them to the top slot. Anand–Milind styled their music mostly based on Indian melodies and folk tunes. Their compositions bore some resemblance to the Laxmikant-Pyarelal school of music, in the early 1990s

They went on to write music for over 200 films in various languages. Anand-Milind have been instrumental in launching several prominent playback singers like Udit Narayan and Abhijit.

They have composed for films in Hindi, Marathi, Bengali, Bhojpuri, Telugu and English.

As guest composers, they made an impact with Tanhaai in Dillagi and Saawan Barse Tarse Dil in Dahek. Apart from this, they have also appeared as guest composers in films like Jaanam Samjha Karo, Chotta Chetan, and Rakht.

Anand has one daughter, Gauri Anand Shrivastava, who is studying hotel management. Milind has two daughters. His elder daughter Ritika Milind Shrivastava, has pursued her film-making course from London and has been working since 2015 with various production houses including Nadiadwala grandsons entertainment. She has worked as an assistant director on Veere di Wedding (2018) and intends to write and direct films some day. Milind's younger daughter Riya Milind Shrivastava, is currenty studying. Ritika is the eldest, followed by Gauri and Riya


Anand-Milind were awarded the Dadasaheb Phalke award in 2017. This is one of the most prestigious awards of the Hindi film industry. People who won this year apart from our very talented duo, included stalwarts like Anupam Kher, Anil Kapoor, Juhi Chawla and Priyanka Chopra.

Lata Mangeshkar, who worked closely with their father Chitragupta, gave Milind his name.

You don't have to be a genius to figure this out. Anand-Milind worked on over 950 songs with prominent lyricist Sameer.

Anand and Milind celebrate their birthdays on the 21st of December and 31st May respectively.

Anand–Milind also composed the theme track for Lehren, a film based video-magazine, which released in several volumes in the late 1980s through the early 1990s. Lehren showcased film parties, film events and also reviewed new film releases. It also covered features on forthcoming films and was hugely successful while it was produced.

Anand–Milind also appeared as judges in a few episodes of India’s first singing, talent-based show Sa Re Ga Ma Pa, around the final season, before it joined the “voting-by-viewers” bandwagon to compete with Sony television’s Indian Idol.

Anand–Milind have also composed the theme music for the period-fantasy drama Chandramukhi, directed by Sunil Agnihotri, who also directed them in films like Jai-Kishen and Ali Baba Aur 40 Chor.

All sales are approximate

With Nandu Tolani, they worked on hits like Yaad Rakhegi Duniya, Swarg, Raja Babu, Mr. Bechara and Banarsi Babu. They also had a good track record with producer-director Suneel Darshan, for whom they conjured hit music in Lootere (1993) (produced by Suneel Darshan and directed by Dharmesh Darshan), Ajay (1996) and Jaanwar (1999). They also delivered hits with Vashu Bhagnani in films like Coolie No. 1 and Hero No. 1 and were regulars with producer Dr. D. Rama Naidu with hit scores in films like Rakhwala, Prem Qaidi, Santaan, Anari and Taqdeerwala.

They formed a hit-team with Ashok Honda in films like Anth, Rakshak and Krodh. Their songs "Shehar Ki Ladki" and "Sundara Sundara" from Rakshak were chart toppers.

Anand–Milind and lyricist Sameer created more than 950 songs together.

They teamed up with Dev Kohli, Nitin Raikar, Santosh Anand and Deepak Chowdhary as well for many a hit songs.

Anand–Milind continued to write music throughout the 1990s for various directors. However of all their works, they are best remembered for their association with director David Dhawan and actor Govinda.

Anand–Milind worked with and introduced many playback singers. They initially recorded a few songs with the legendary Kishore Kumar. They also worked with legends Lata Mangeshkar and Asha Bhosle. In the 90s, they have worked went to record many hit songs with Amit Kumar & S P Balasubramanyam.

It’s common knowledge that Anand–Milind re-introduced Udit Narayan and Abhijeet. They also heavily promoted Poornima and worked with Sapna Mukherjee on a regular basis. Alka Yagnik, Kavita Krishnamurthy, Sadhna Sargam and Anuradha Paudwal were regulars. Anand–Milind also continue to work with veterans like Suresh Wadkar. While they delivered their most songs with Udit Narayan, they recorded over 100 songs with Kumar Sanu as well, giving him both romantic and peppy songs.

Anand–Milind also worked with Vinod Rathod in the 1990s, making him the voice of Govinda in hit songs for films like Raja Babu, Banarasi Babu, Hero No. 1 and Dulhe Raja, to name a few. They also recorded with Jolly Mukherjee, Alisha Chinai and Sukhwinder Singh. Sonu Nigam was a favorite in the late 1990s and they teamed up for many a hit numbers. Anand himself sang a few songs. Pop singers Sunita Rao and Shweta Shetty have also recorded for them on several occasions. The qawali-pop king Altaf Raja recorded a few hit songs (all for films starring Mithun Chakraboty) under their supervision. Sudesh Bhosle has also been behind the microphone for the duo for several films.

For the more folksy tunes, their first choice was always Sapna Awasthi over Ila Arun, with whom they recorded just one song. Anand–Milind also recorded a number of songs with the then child artist Aditya Narayan and also worked on many songs with Jaspinder Narula. Anand–Milind also managed to get south maestro Yesudas to record a song for them in the 1997 film Daayra. They also promoted Gayatri Iyer (Gayatri Ganjawala) in films like Loafer, Insaaf, Daanveer, Muqaddar and Tum Hi To Ho.

Actor Aroon Bakshi also recorded many hit songs under Anand–Milind’s music direction, which were mostly picturised on the main hero. Some of these include Tuna Tuna (Adharm), Jhule Jhule Lal (Jai-Kishen), filmed on Akshay Kumar, Mera Mehboob (Gopi Kishen), filmed on Sunil Shetty, Tha Tha Tha filmed on Ajay Devgun (Platform) and Boi Boi (Laadla), to name a few. Actor-Director Sachin sung a song for the duo, for the shelved film directed by him, for ABCL, called Naam Kya Hain. Veteran lyricist Anand Bakshi also recorded a song for the film Jaan (for which he also worded the songs) composed by them.

Anand–Milind recorded a single for their first crossover film Tie The Knot in July 2013, produced by Sanjiv Kumar and directed by Shuja Paul. This Hinglish number called Don’t Tie The Knot, is written by Asif Baig and rendered by Gayatri Ganjawala.

Here are 25 of Anand-Milind's favorite songs.

The Anand-Milind School of Music

Anand Milind are one of the most talented duos of Bollywood known unanimously for their hits in the 90's. They have composed soundtrack for more than 250 Bollywood movies that include 'Qayamat Se Qayamat Tak', 'Dil', 'Beta', 'Hero no. 1' and countless others. And now, this duo brings to you a music school like no other. Access our Facebook link to know more. 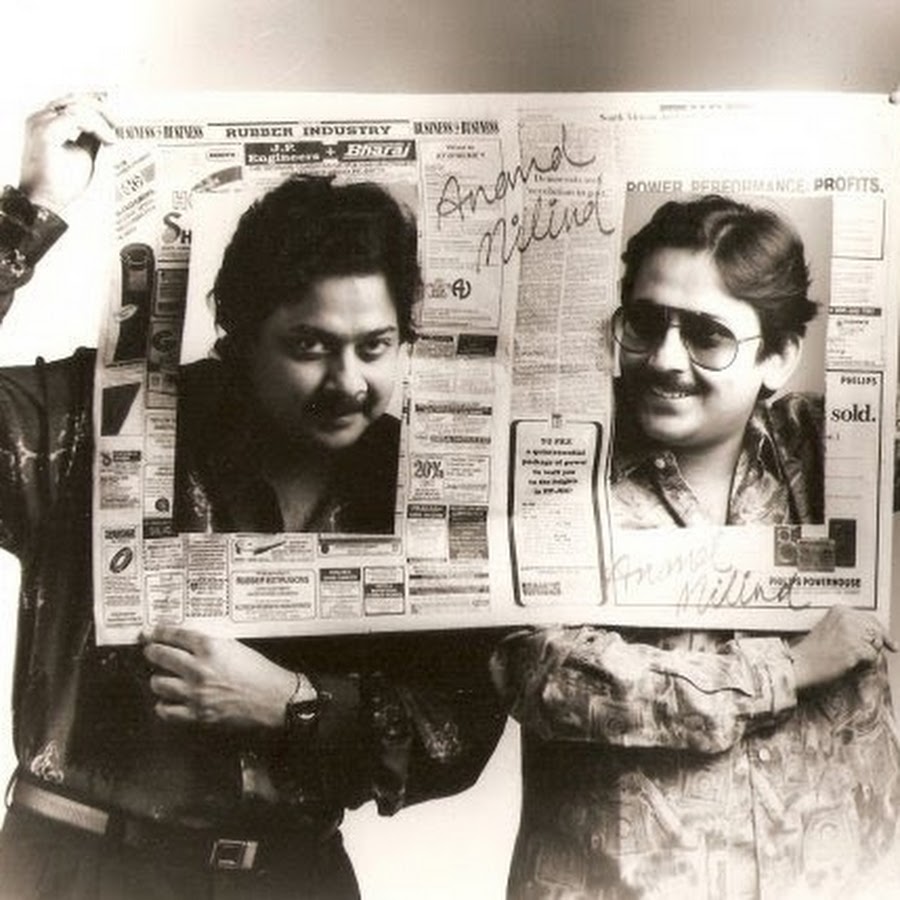 How well do you know Anand-Milind? 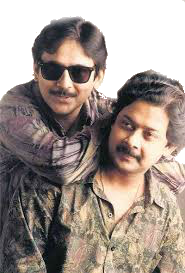